Today I was out to the house before noon. I could see that they were done with the siding. The open areas at the bottom is where they are going to put the brick we chose.

The house is supposed to be kind of a light gray/green. And the peaks are supposed to be a moss green.  However, to me it just looks like light gray and dark gray in the peaks.  Our roof has green in it, so I was hoping to have a little green on the house itself. I am kind of disappointed in the ‘green’ not really looking green.  The weird thing is that I thought it looked blueish when it was laying on the ground in front of the house.  So at least it doesn’t look blue. 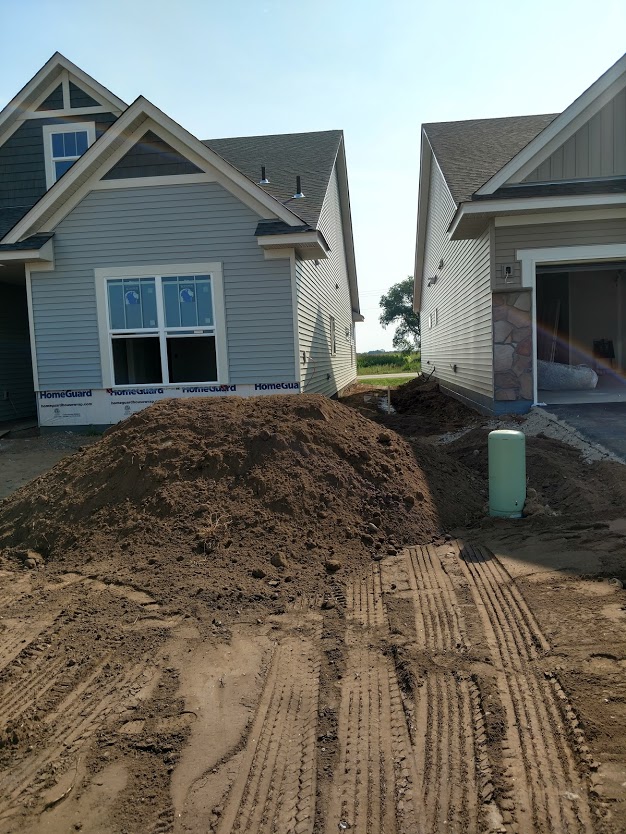 They were pushing dirt around today, working on the grade and such.

Water was gathering in between the houses, so they might be working on getting that ready soon, as they have to put in sprinkler systems and sod before we close. Our house is on the left of the photo. 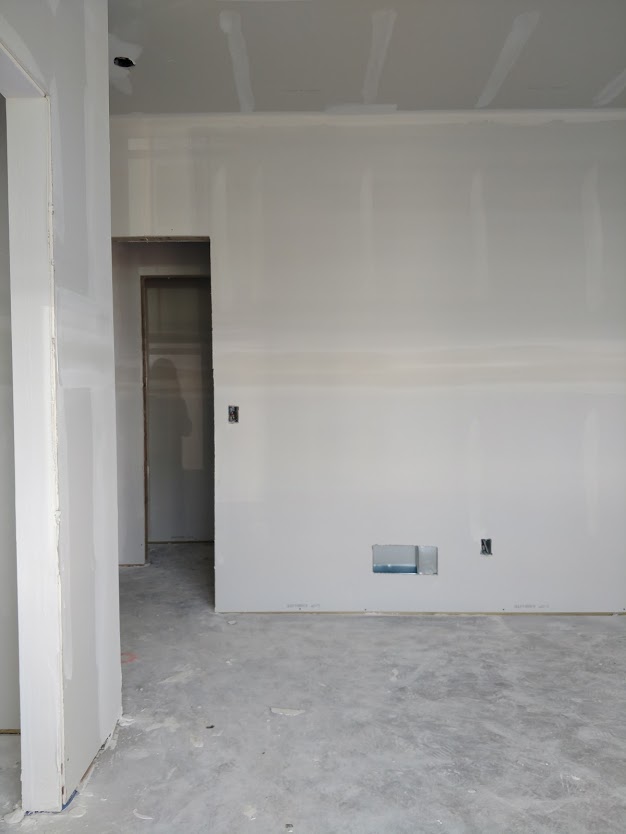 They were also there sanding the walls and getting it ready to paint.

You can see the tools right outside the front door, the guy is in there working, but you can’t really see him…unless you look hard enough at the doorway. I didn’t go inside.  I figure we will go inside later this evening.