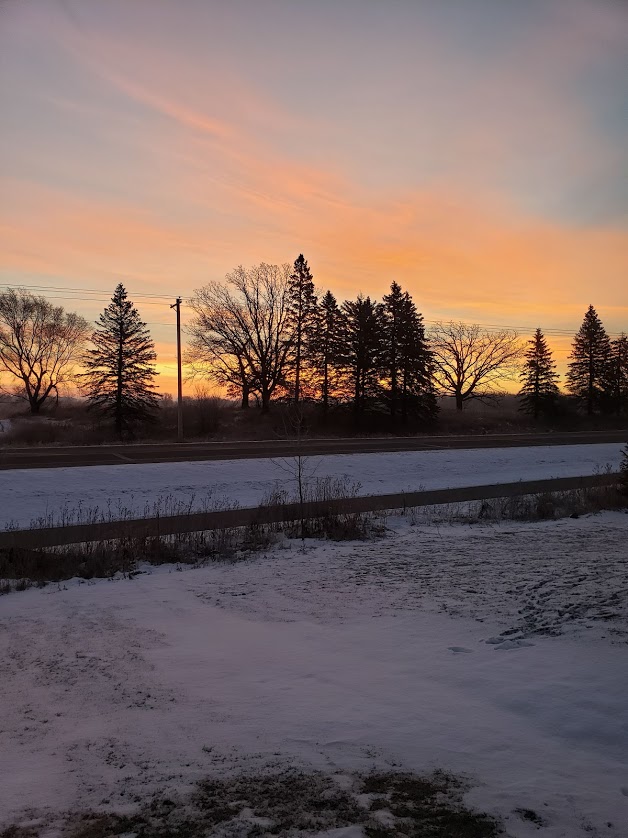 During the weekend we did all sorts of things.  One was to go past our old house and see what changes the new owners made…well on the outside, looks like they are also redoing the inside.  We were in the area and just did a drive by.

This is how it used to look:

Looks like they painted the brick white and though the garage doors were brand-spankin’ new – they changed those out too.  It’s all good – their house now.  A good face-lift for the place. They kept the front door, which was super nice with a beautiful side light, left it the same color. Good to see they are taking good care of it.

Another thing we did was go to the Monster Truck Jam on Saturday. That was fun! We enjoyed it.

This was the local guy from MN. 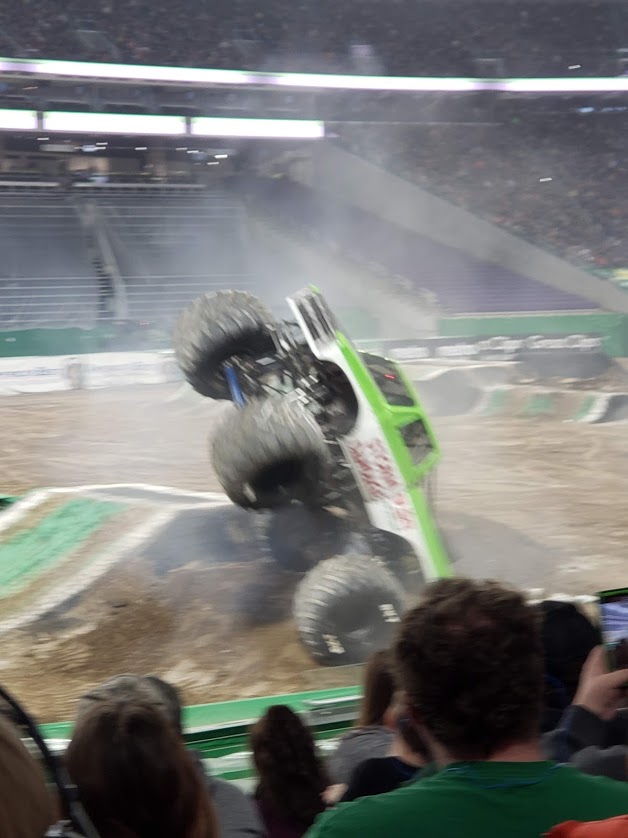 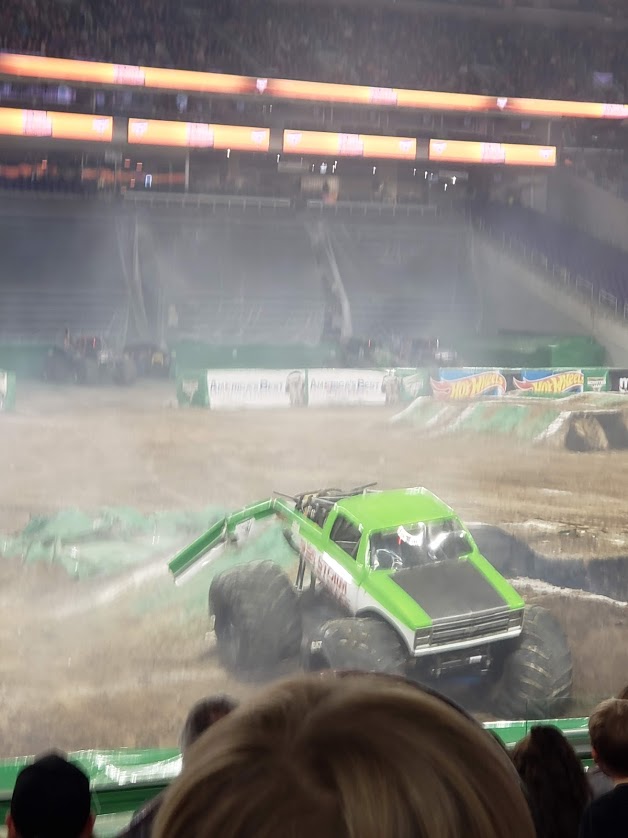 The Minnesota driver did really well.

This is Max D (I think his name is). He was super Awesome!  I have a video and I will see if I can get it up on the blog for folks to see.

The ever popular Grave Digger was there as well as Son of a Digger.

Mohawk Warrior was there, he ended up losing his Mohawk when he landed on the roof  after a jump.   Even though he rolled his car at some point, he came back to do other events.  Some of the cars that were running, by the time they finished the free style event, only had the inside frame left of their cars left. The outside of the body was smashed all over the track. 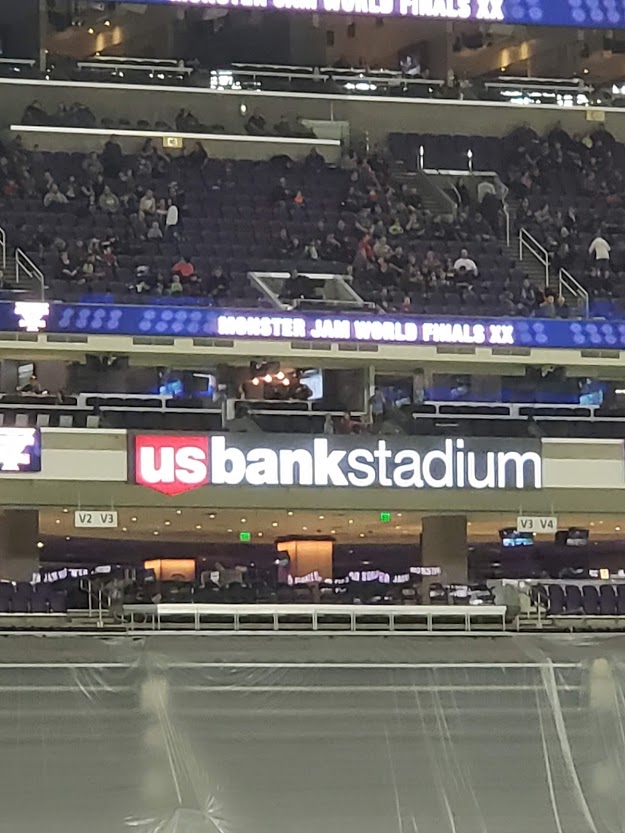 And going also allowed me to see the inside of the new stadium – US Bank Stadium where the Vikes play.

Here are a couple of consumers I recognized….

Mandy: TOO loud for me, I stayed home!