Starting off with the sunrise this morning. 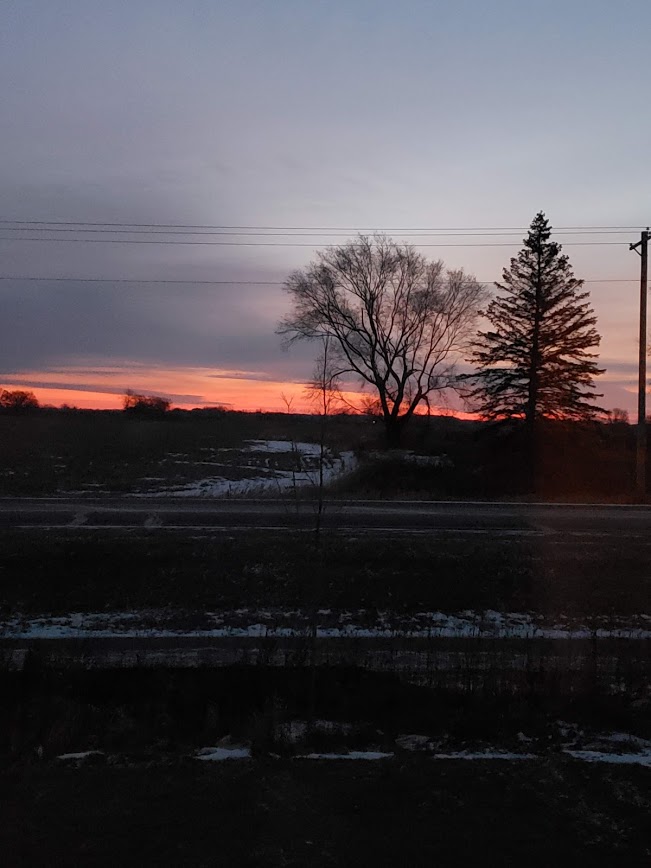 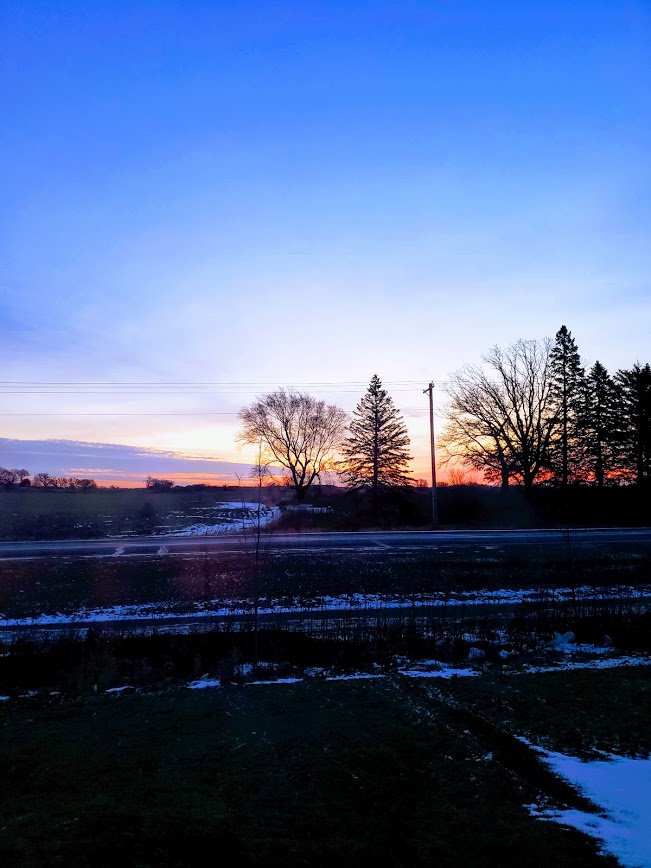 Google decided to ‘help’ by sending me their ‘enhanced’ version of one of the photos I took this morning of the sunrise.  Sky was just not that blue….but it is pretty anyway.

Christmas Day…so for some reason, I didn’t take a photo of breakfast or dinner.  But I did capture some of the action between the eating.

Present opening and checking out the stockings too! 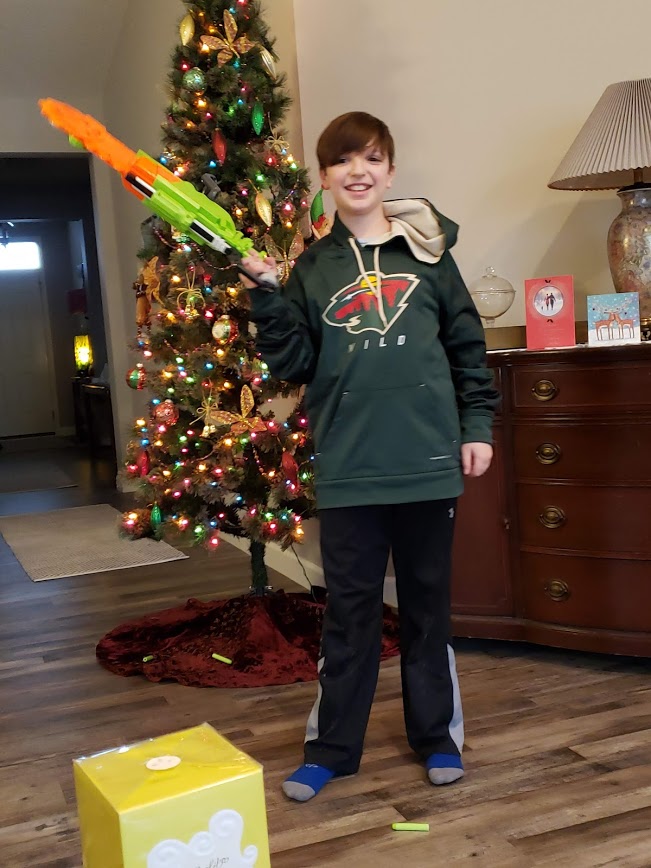 I think this one was a hit Auntie Kim! 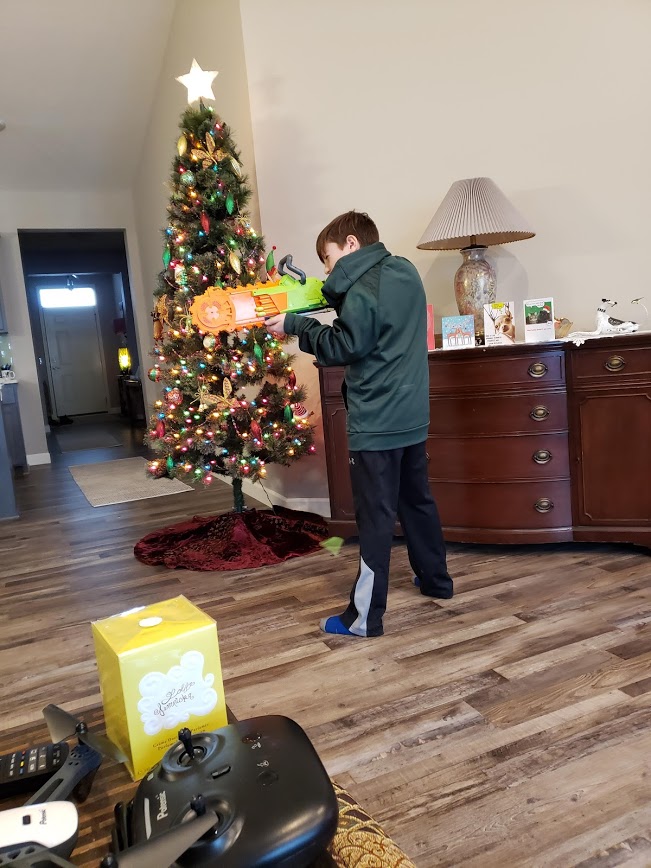 It led to some sort of shooting contest to determine who could open their stocking first to see what was inside. 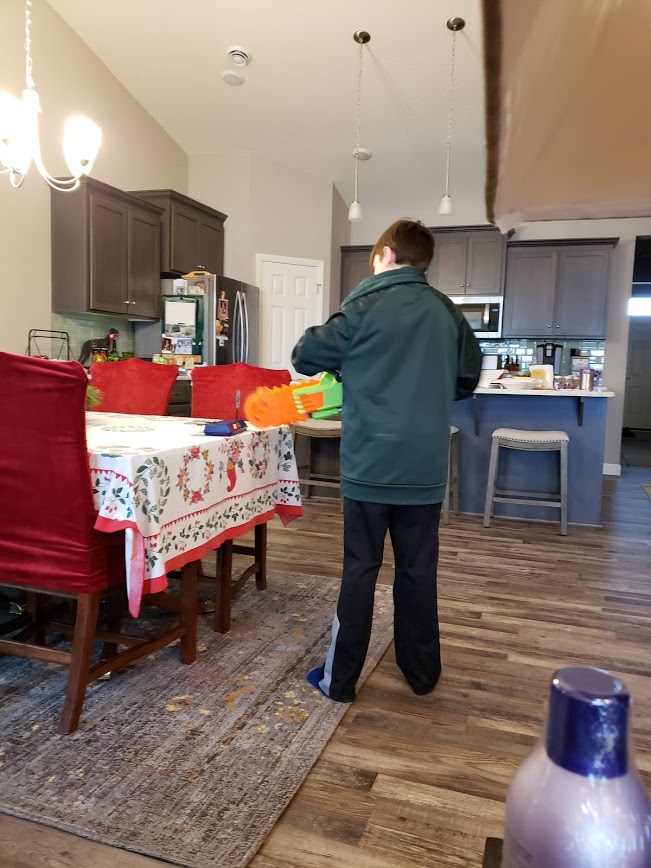 I am not sure who won…but it wasn’t me.  Might have been Gpa.  Zombie Nerf bullets flying everywhere along with a chainsaw sound….I made sure he took that one home with him! 😉 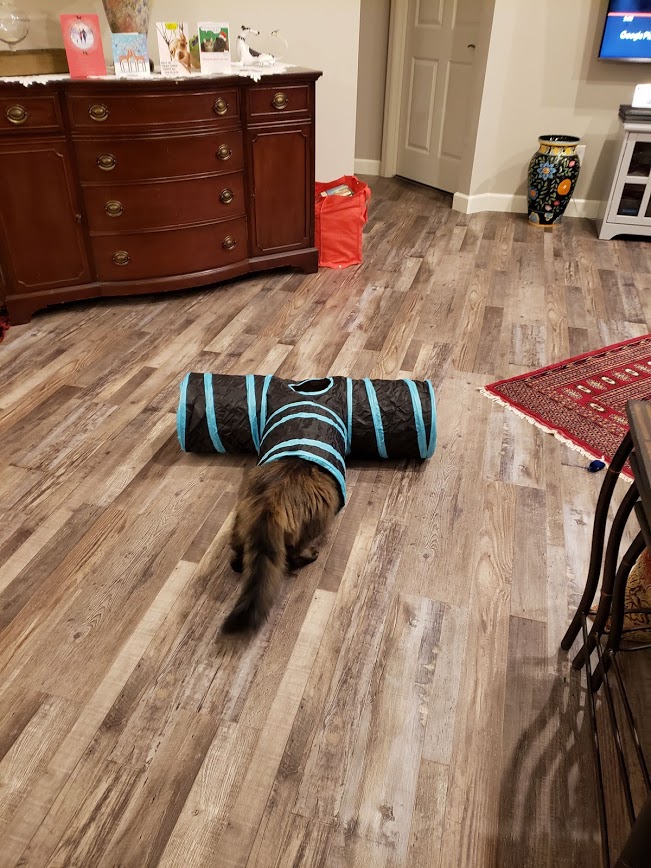 For those who are having a little trouble figuring the one above out – that would be a kitty with a beehind that is larger than the opening to the tunnel…Yes, Fidget our Maine Coone kitty.  AND he does get in it…regardless of the snug fit, at least part of the way.

My cats are weird.

After dinner there was some serious gaming taking place. 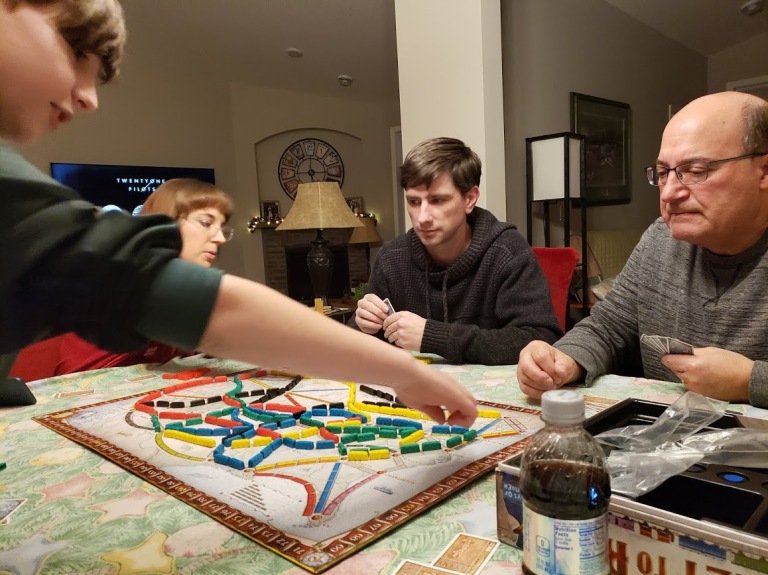 Ummm….no I didn’t win this either.  I came in third I think.  And if I didn’t, it is my blog and I will say I came in where ever I want.

The Chicago portion of our family didn’t make it to our house. but we did Facetime with them for a little while after dinner.

My daughter also texted me some nice photos – 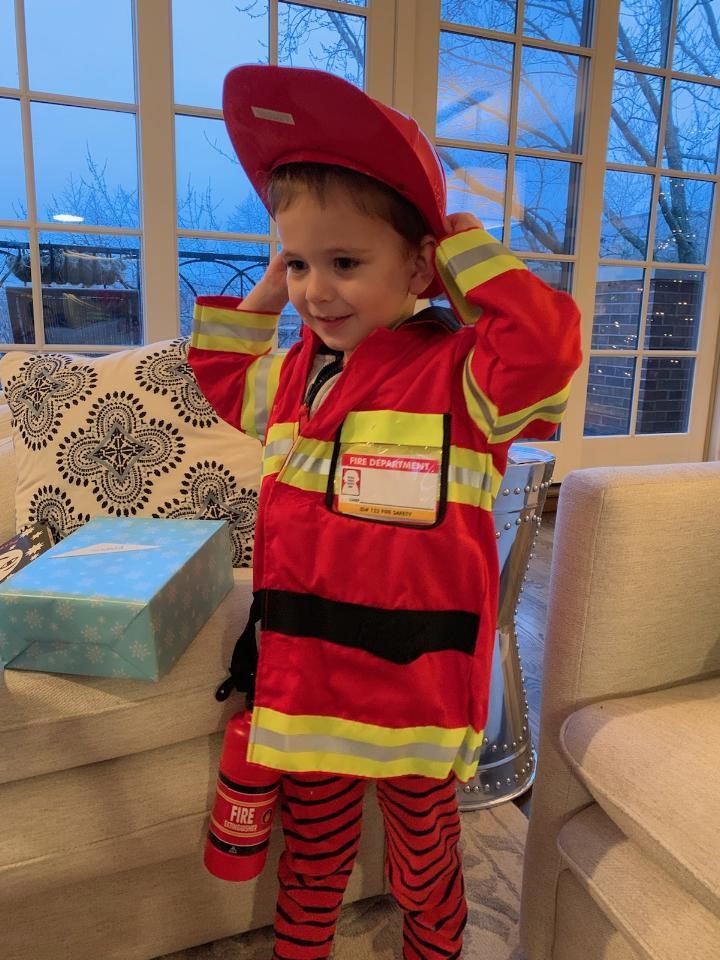 That would be one of our Grandsons in his Fireman garb.  Well maybe not the pants, but he looks ready to put out all fires that fall within his area! The fireman clothes were a Melissa and Doug toy in one of the boxes we sent to their place.

We are expecting quite a bit of snow in the next 24 hours or so…we will see how it goes. We are north of the Twin Cities now and so they are predicting a lot more that they should get in the southern suburbs. Right now we really don’t have any.  It is gray outside now and is getting colder.

Hope you all had a wonderful Christmas!!!