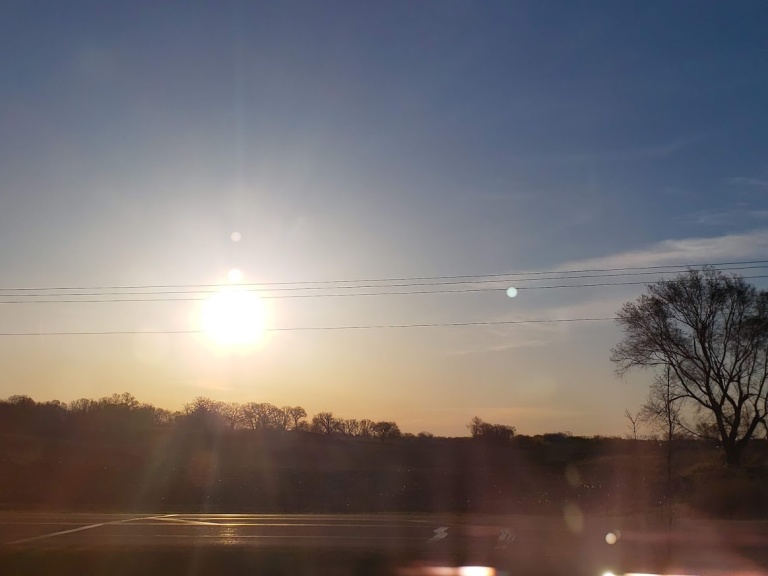 The Sun is up and at ’em today!

But let’s back up a little first:

Friday the painter did come back in and get the painting done. 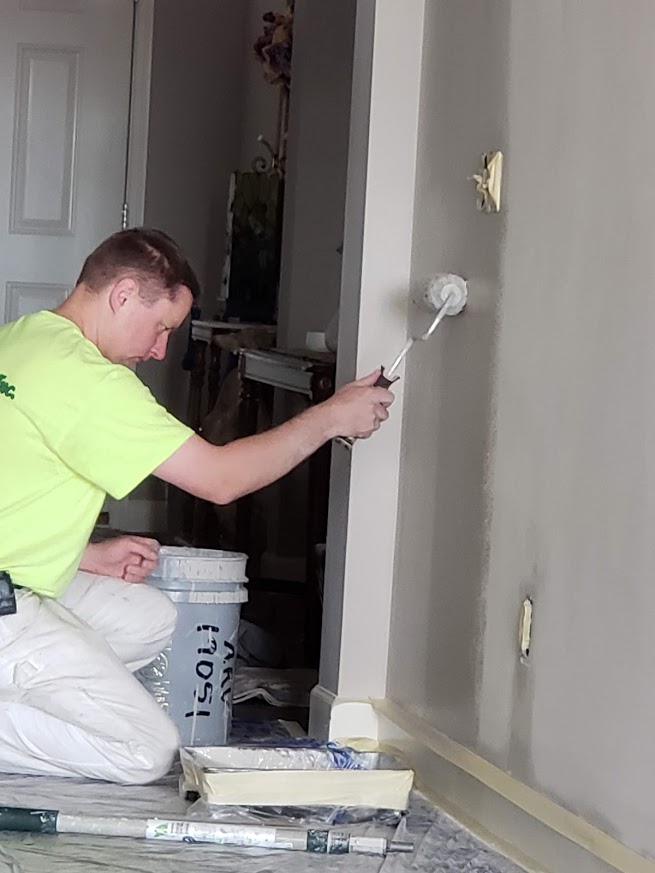 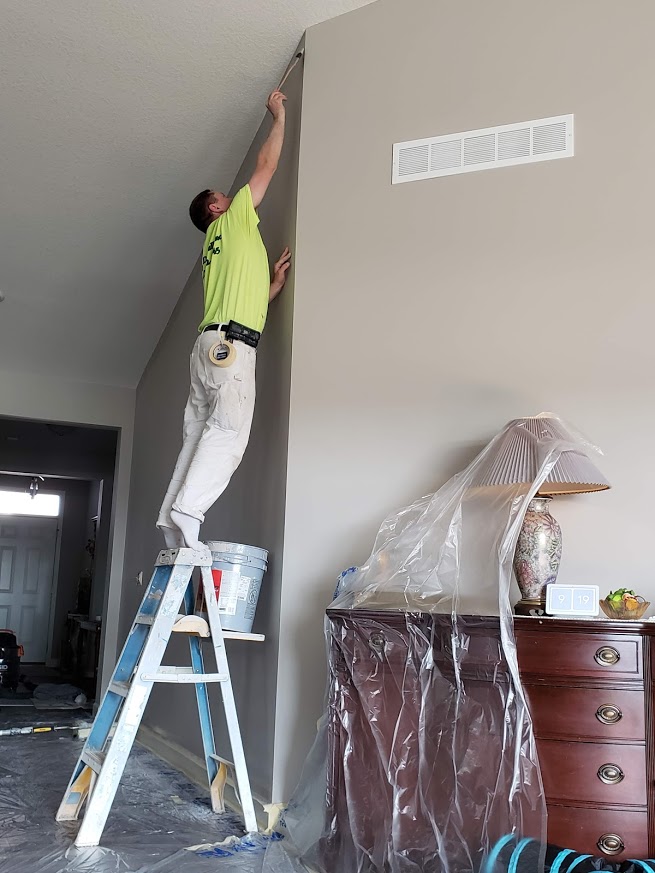 TA DAAA finished and a pretty good job too.  Still waiting to hear from the tile guy as we were told he would give us a call this week to schedule something to fix the thresh hold piece in our shower.

A little bit moist out in the very early morning: 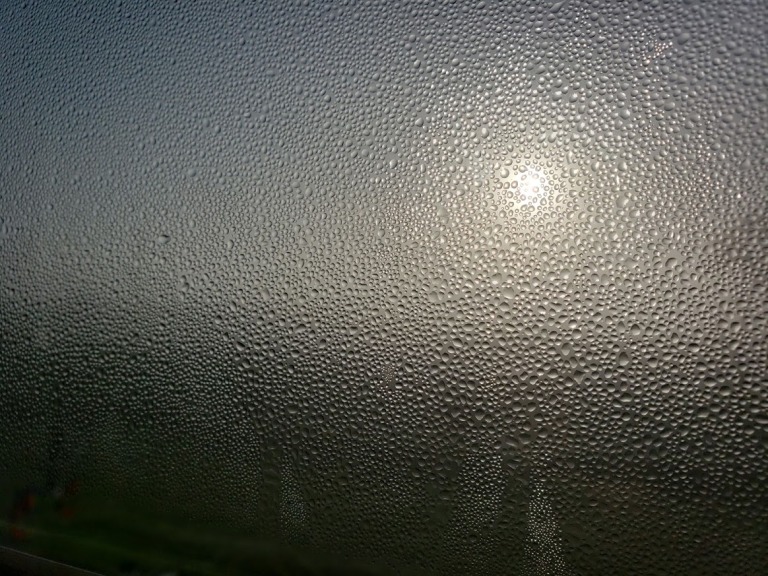 That is one of the windows in the sun room – on the outside.

So I went outside on the patio to get a shot of the morning: 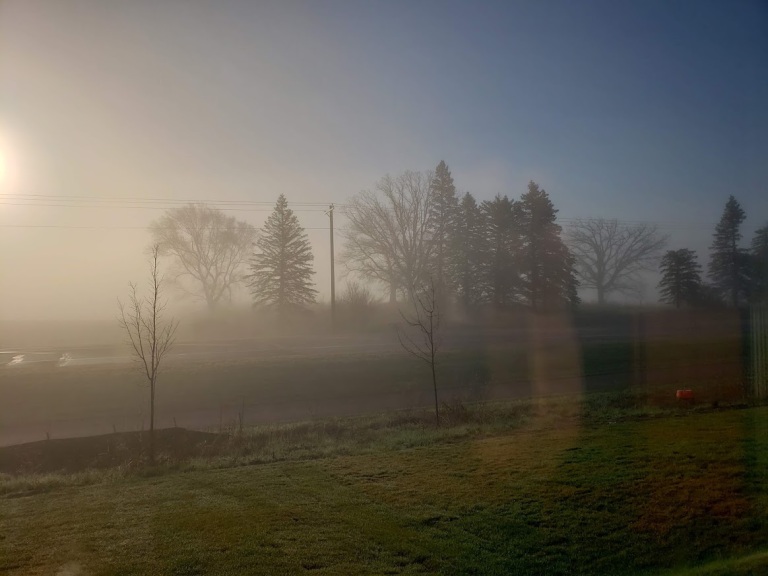 But it cleared up and turned into quite the lovely day. 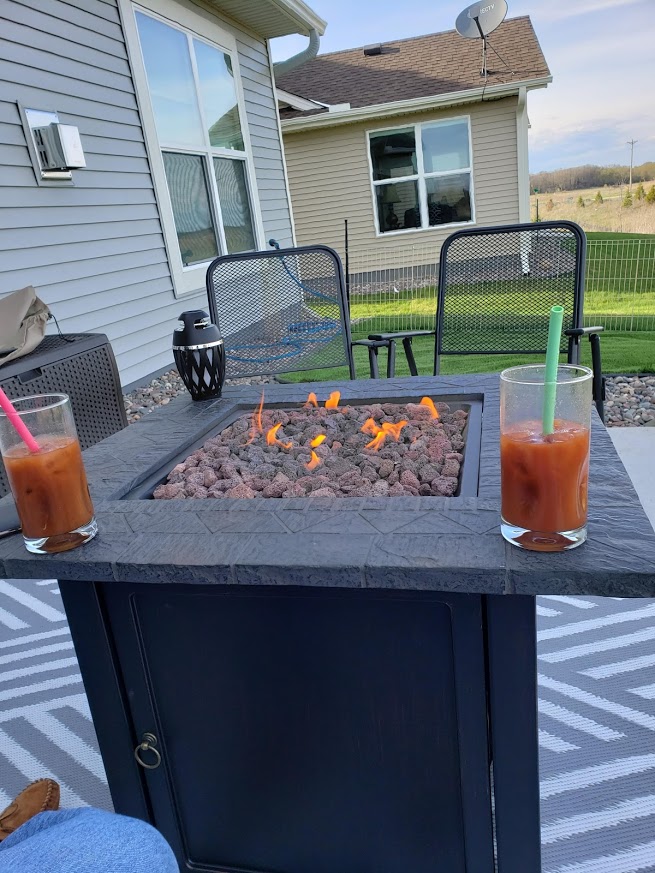 We finally got to sit out in the evening, before it got dark and enjoy our fire table, patio and some music.  (oh…and some V8 Juice) 😉  The little black ‘thing’ on the corner of the fire table is a speaker with a flickering fire like light inside it.  We wanted to play a card game, but I needed to get something to hold the discard and drawing pile, as the wind would have cards everywhere.  I have that now, so we will give it a try.

We also went to see Avengers: Engame with my oldest daughter and her family. It was a good movie. Long…. Made even longer by the film ‘breaking down’ mid-film. At first folks thought it was perhaps a restroom break, so a lot of them took off to take care of that.  But then the people in charge of the theater came in and said there were some problems.  Everyone seemed pretty cool about the whole thing and I’d say it took about 20 minutes to get back to where we were when it all broke down.

After that we went to Willy McCoy’s to eat. It was a nice enough afternoon to allow us to eat outside.

The relaxing by the fire table was just the two of us here and came after all of the above.

Not a bright start to the day. 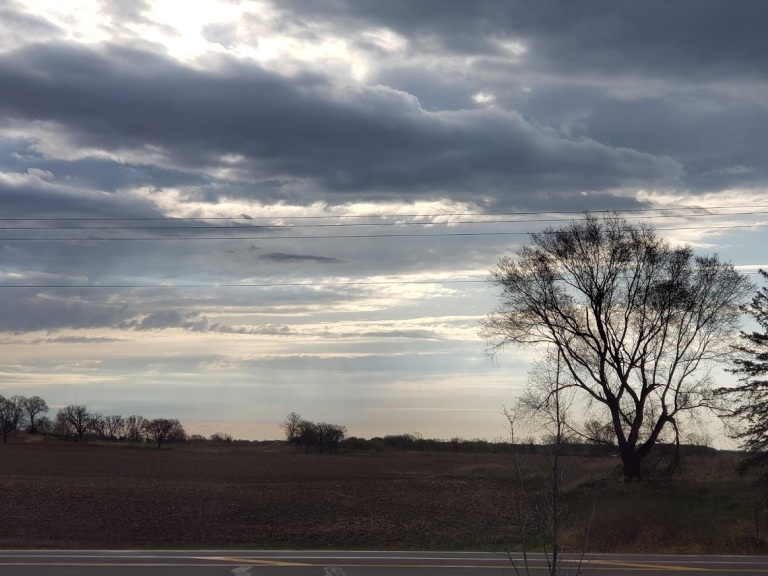 A bit of a dramatic sky. These clouds are ushering in: 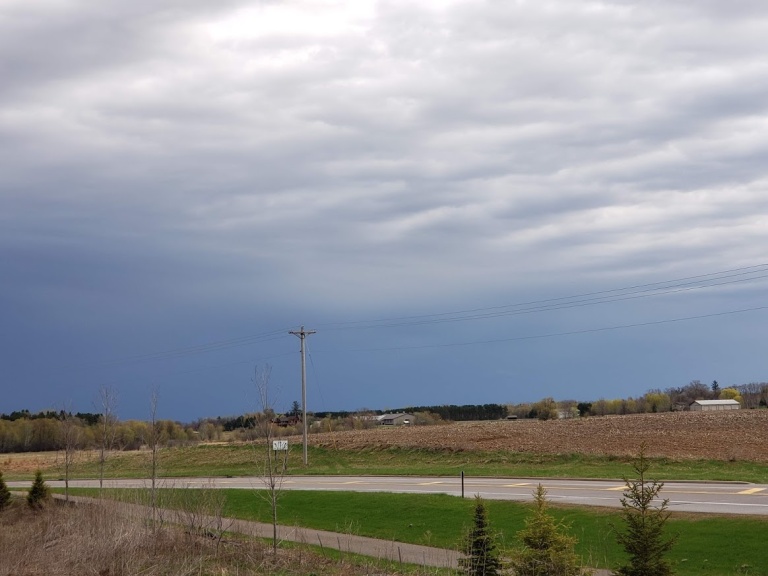 Not much happened on Sunday, but we did get a little shopping done.  The later afternoon perked up a bit so while we were out running errands we decided to try a place to eat that we see all the time but never have gone to.  It is generally really quite crowed, but we went early to eat before the big dinner crowd came.  The name of the place is Boondox in Otsego.

It is a very casual place, a very large sports bar. They have volley ball courts in the back. As well as a second house out back for parties and so on. Lots of kids playing in sand. Many burgers to be had, marked gluten free options on their menu which makes it easy for me, having Celiacs. It was good.  Nothing really stands out about the place food wise.  Prices seem fine, not too expensive.  I didn’t take any photos, but if we go again, I will .

I was pretty busy yesterday and never got around to posting, so I will continue playing catch up. 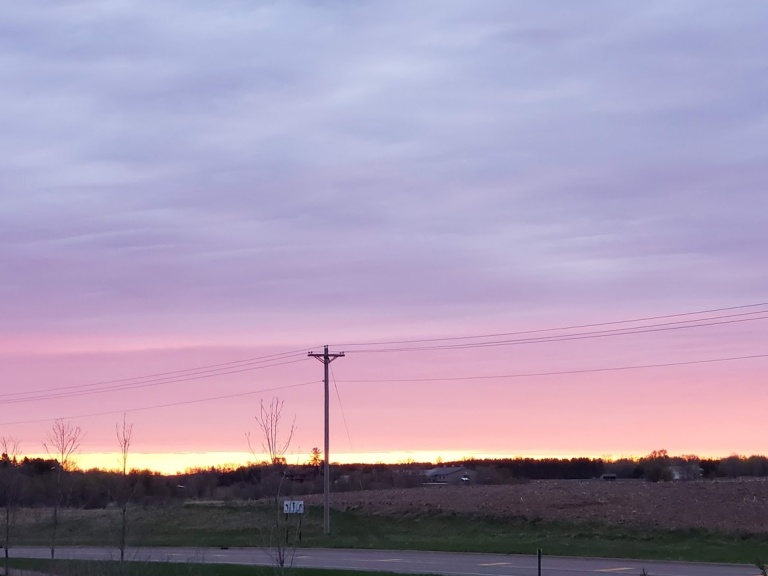 Lovely sunrise. However, as the clouds broke up I thought the sky was pretty interesting. 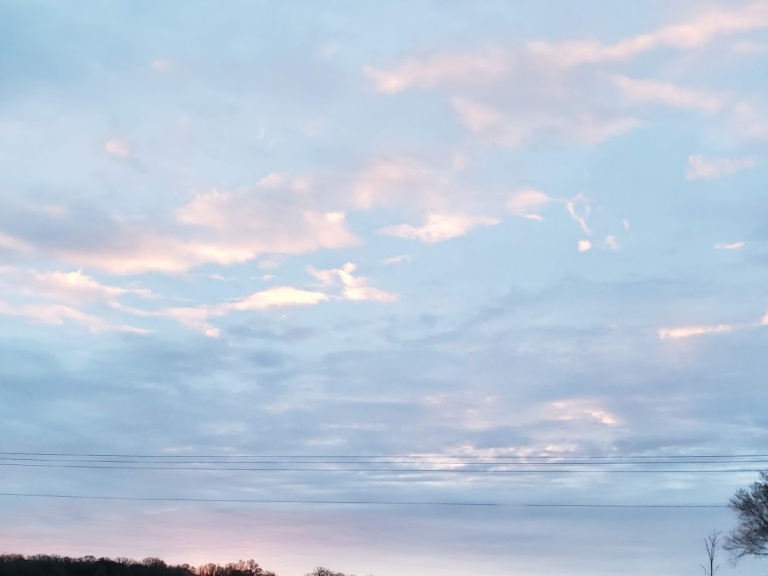 It was a bit cooler than it had been.  The Sun was out, but the temps didn’t get out of the 50s.  Still, if it isn’t really windy, that’s okay for us. 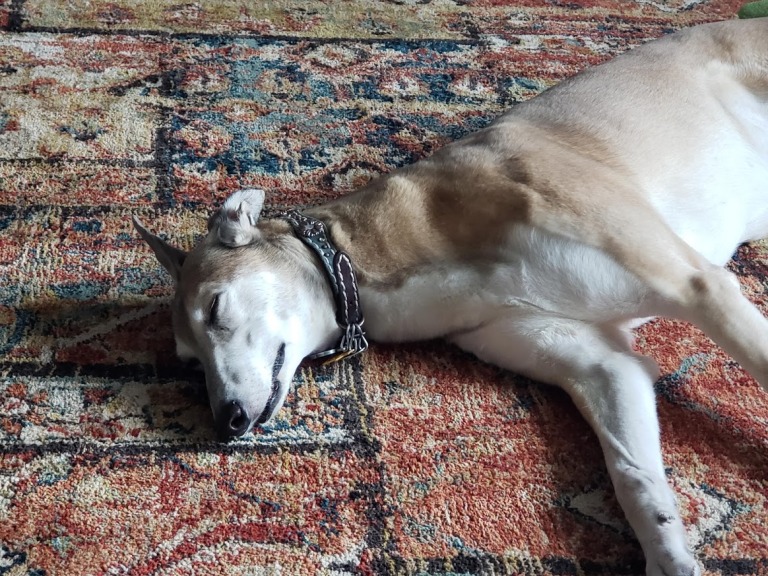 Guess I put Mandy to sleep. 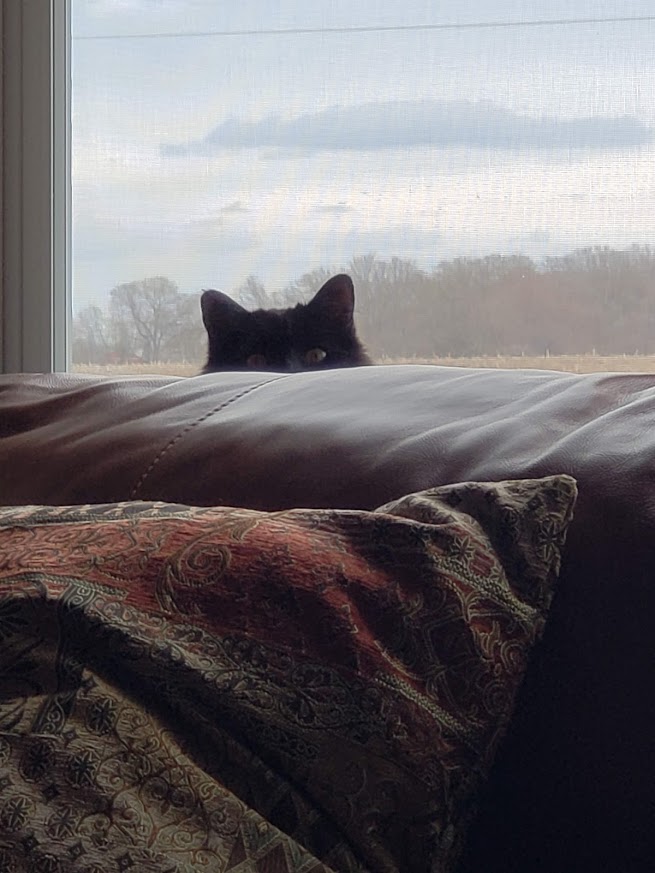 Lemme: Are you done yet? 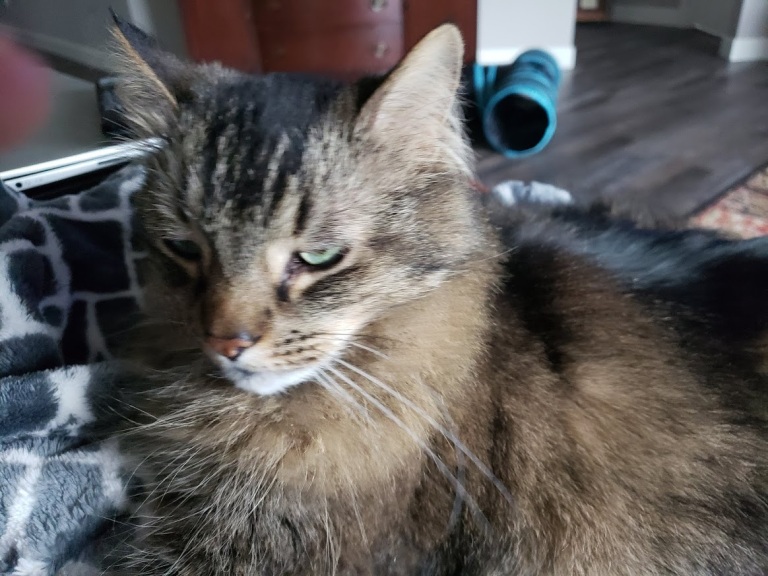 Fidget: Put the computer down, empty the lap, make room for me!