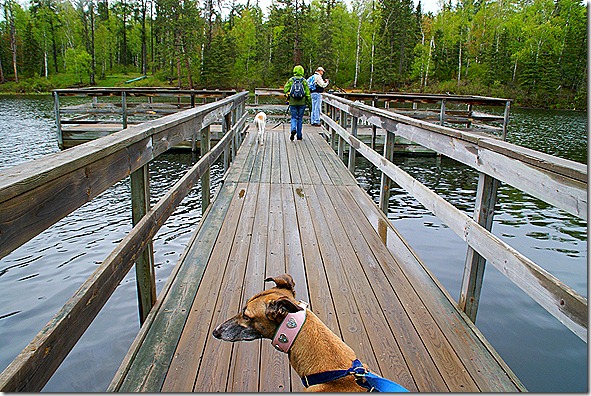 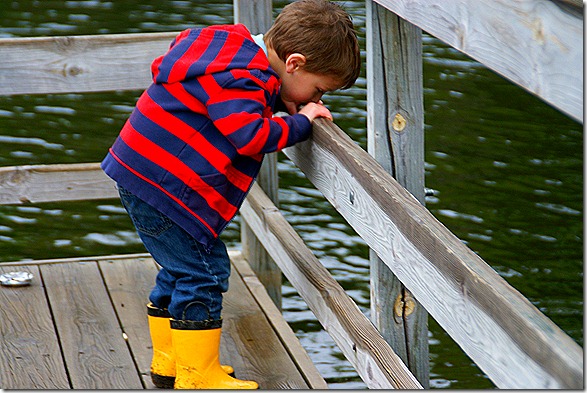 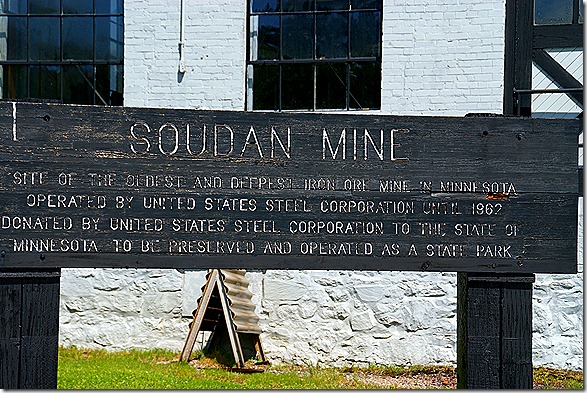 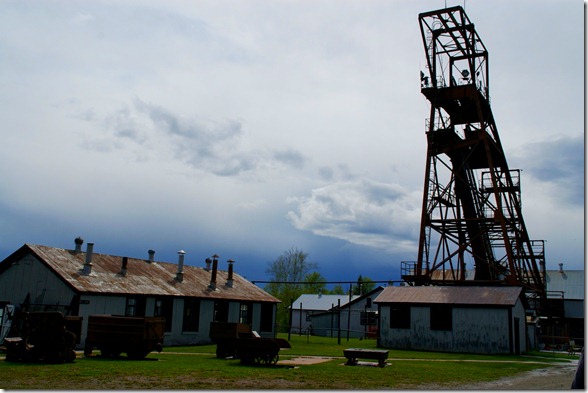 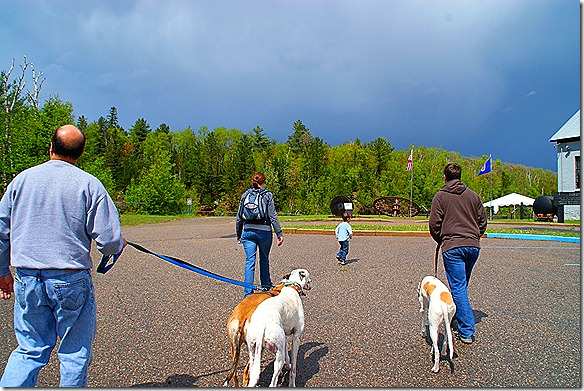 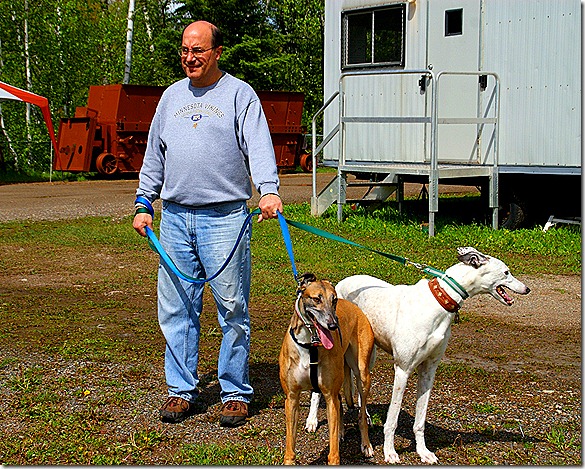 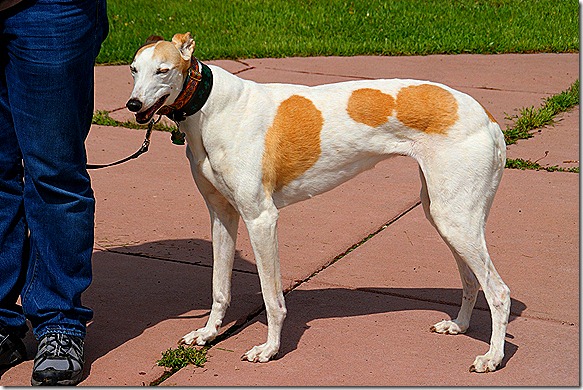 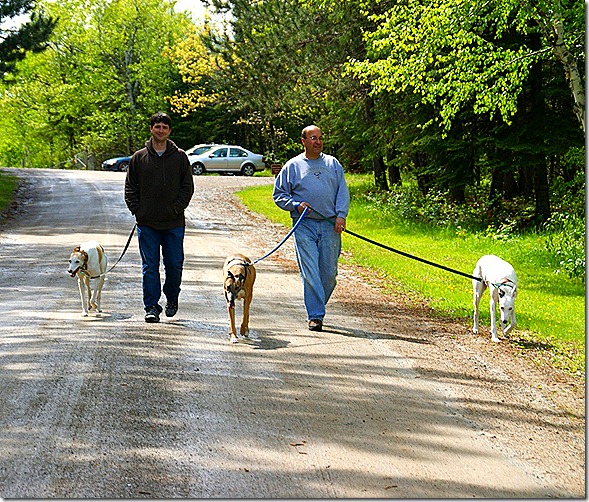 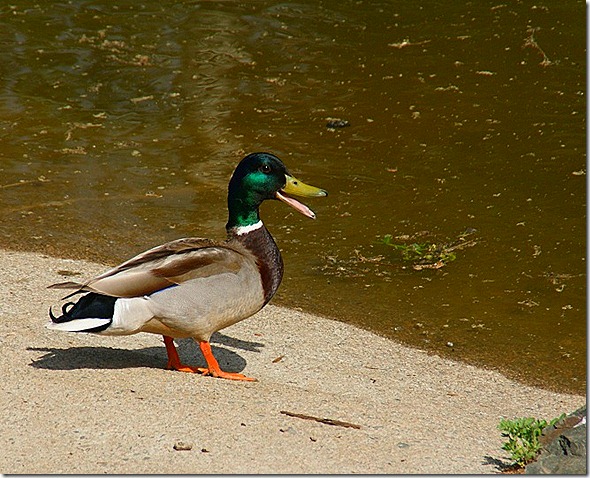 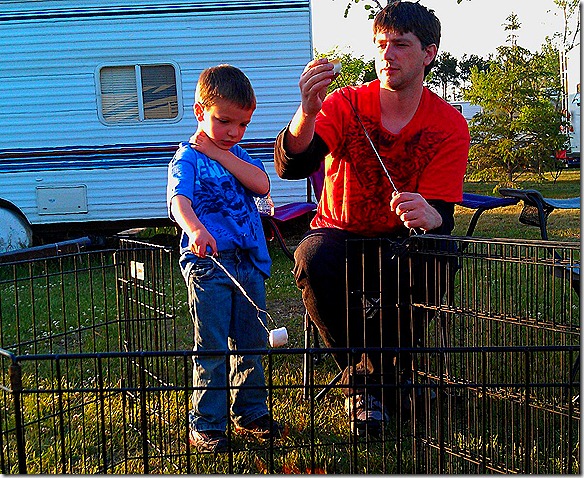 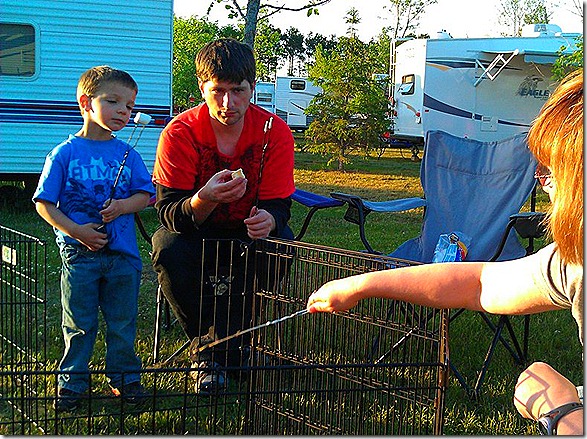 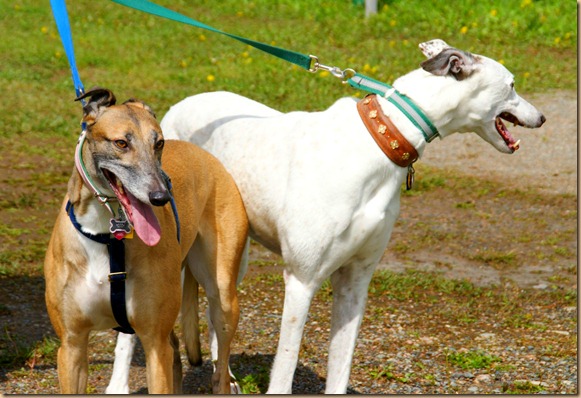 Mandy and Renner…not really connected at the hip, though Mandy might be more than happy if it were true.  Mandy has been with us for about 6 months and though this very people shy girl has opened up she still does a lot of hiding behind Renner.  Renner was like that when he first came to us many years back but now is pretty comfortable at playing people shield and big brother to Miss Mandy. 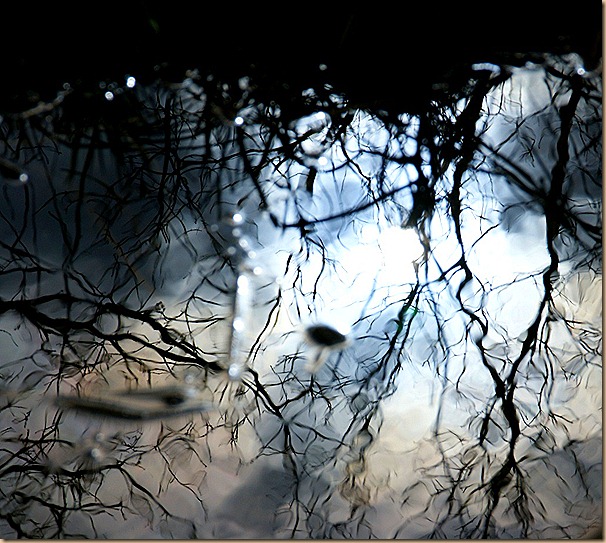 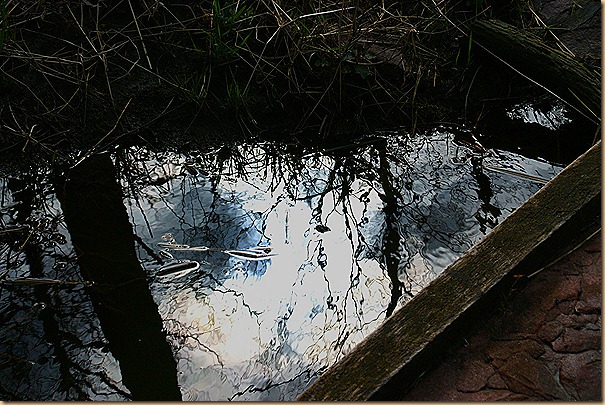 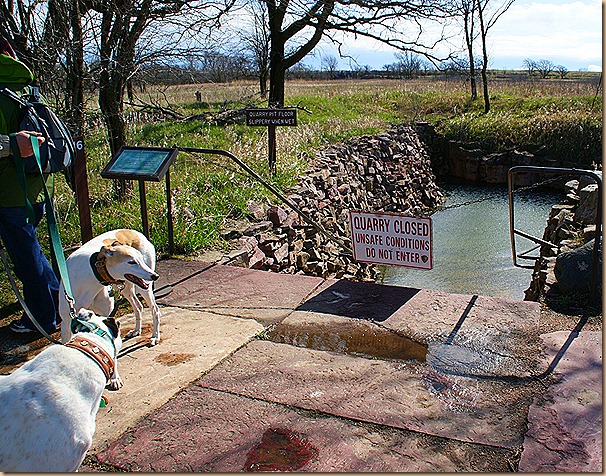 We have been to Pipestone before, but never with this much water.  It was pretty hard to check out the quarries as they had all turned into little ponds. 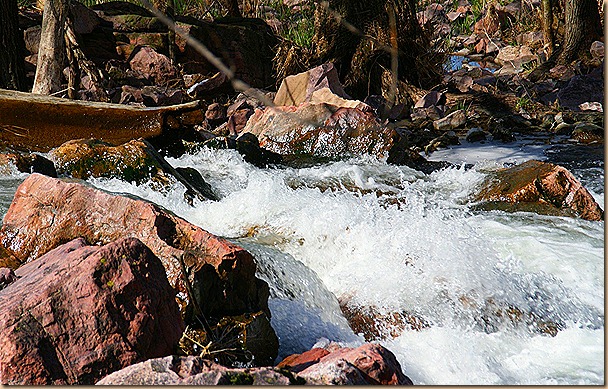 The streams and waterfalls were swollen to the brim and rushing with power. 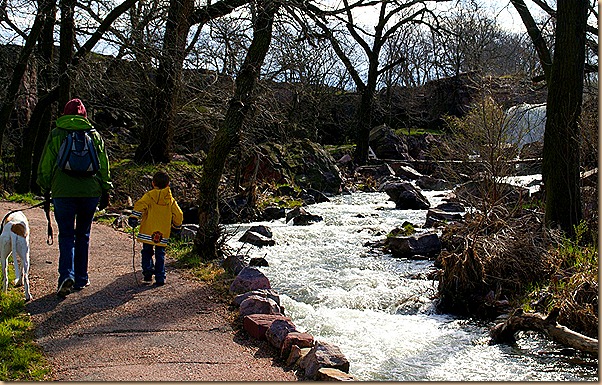 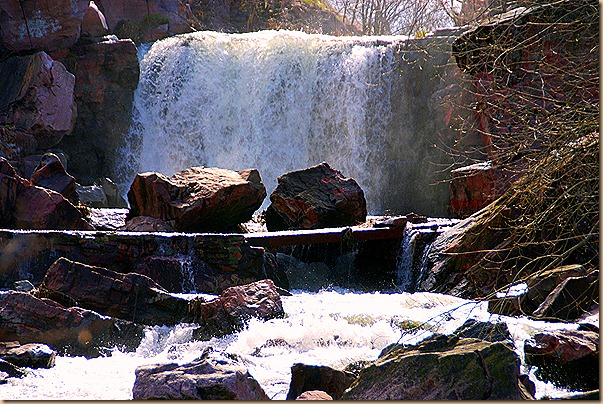 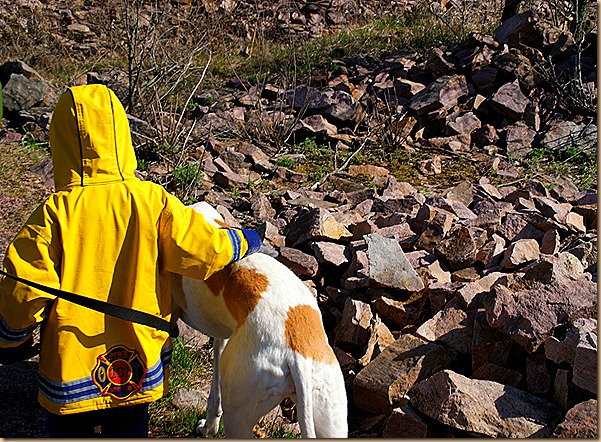 Still there was plenty of beautiful Pipestone to see and play on that was not underwater and we enjoyed the park just as much as before, especially seeing its ‘wet’ personality. Mother Nature does her share of dressing the park differently in accordance to the seasons. 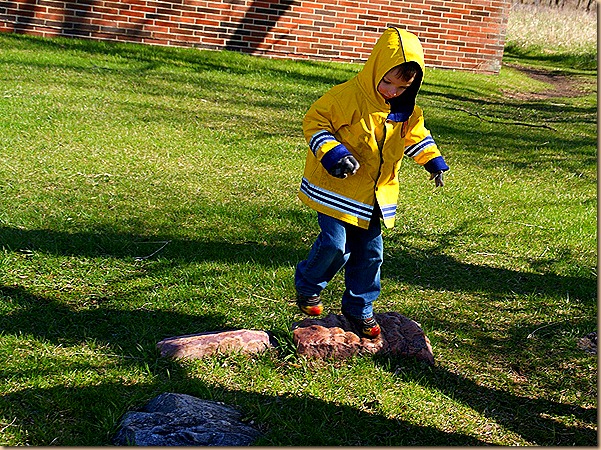 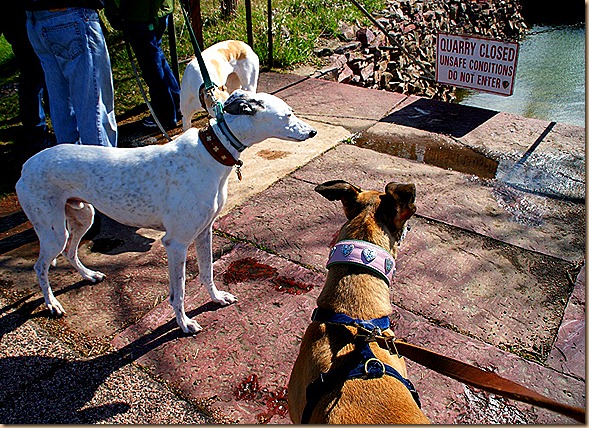 Renner: “Hummm, that sign wasn’t here last time was it?”

Ruby: “Maybe we should just get back to the car and hit a Dairy Queen on the way home!” 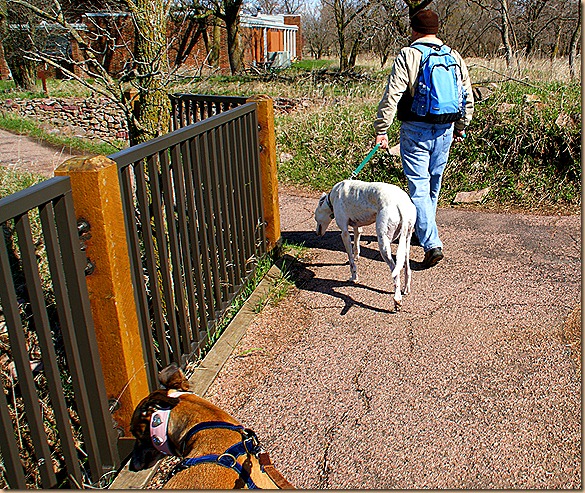 For more Weekend Reflections click here to take you to James’ site! 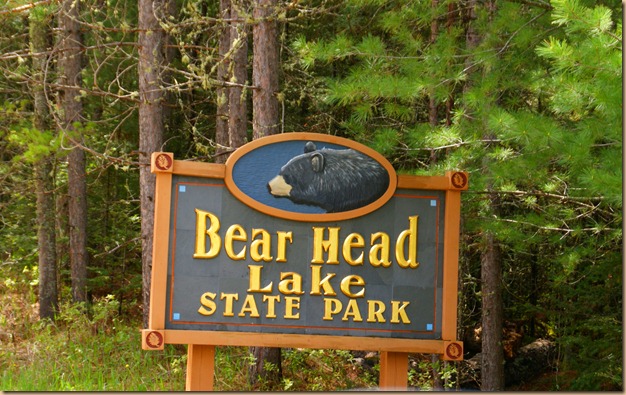 Went camping this last weekend at Bear Head State Park in Minnesota and did a lot of things that I will cover later as I am currently getting ready to join my folks for a while during which my Dad will be undergoing some surgery.  When I return I will post more about this trip, as well as a few other things.  This will have to do for a little while I guess. 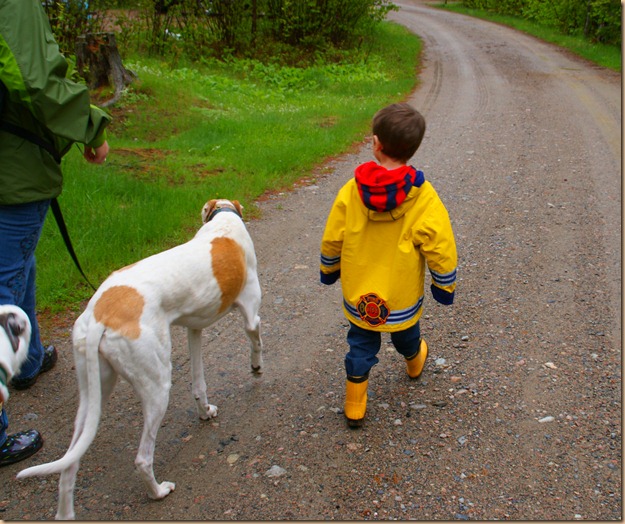 It was stormy off and on but we made haste in enjoying the outside between storms.  One has to ask, will summer come soon to Minnesota?   I think is slowly shifting into gear, but with it a lot of bad weather.  Here little guy is in charge, taking the lead as his cohorts follow obediently. 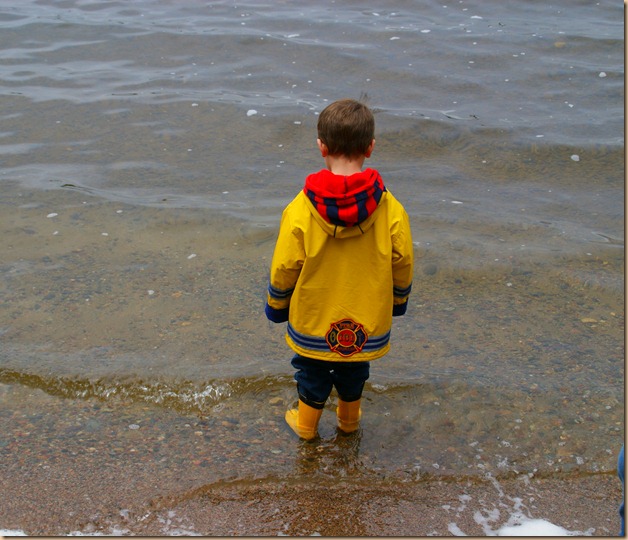 So we hang out in in appropriate gear, which changes depending on the time of day… weather here in Minnesota has been very changeable, except for sun – not a lot of that so far, but we are hopeful.  Soon there will be swimming gear, sand shovels and buckets to play with. 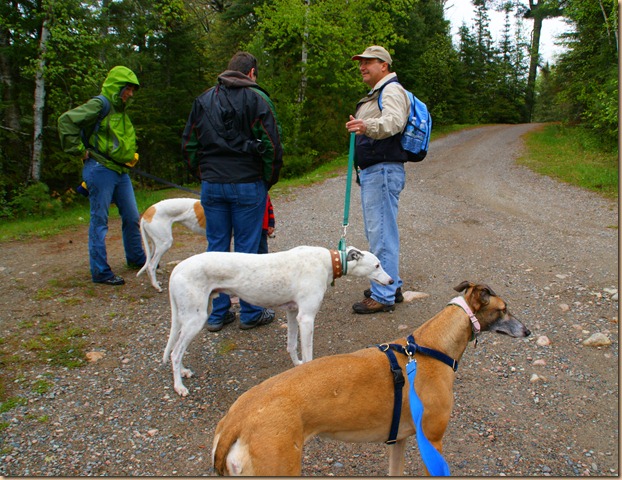 Hounds Ruby, Renner and Mandy stand ready to go in which ever direction their humans can finally decide upon. Sweet hounds. 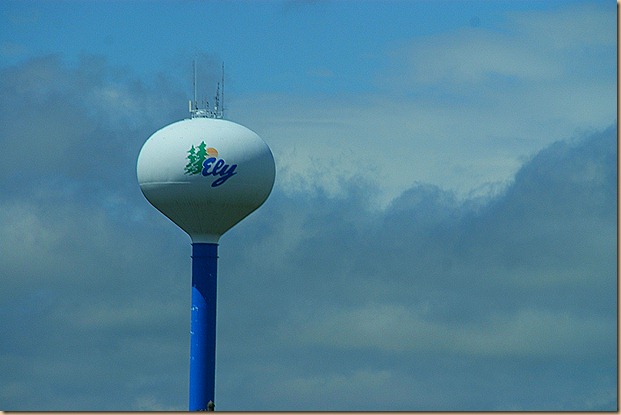 Bear Head is east of Ely, up close to the northern edge of Minnesota.  The skies remained entertaining through out our trip. 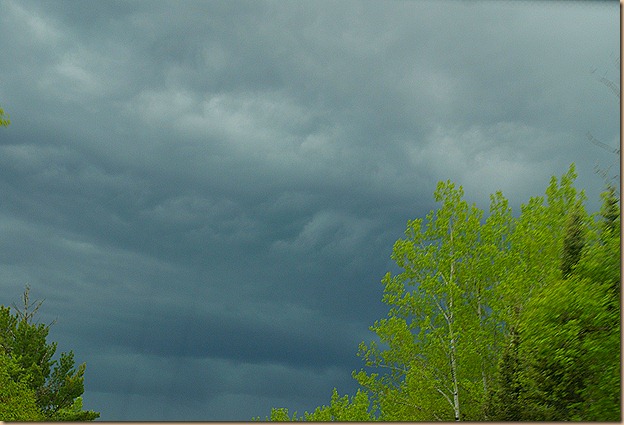 Seeing quite a bit of stormy weather during the weekend, though the storms passes through pretty quickly, they were harsh. 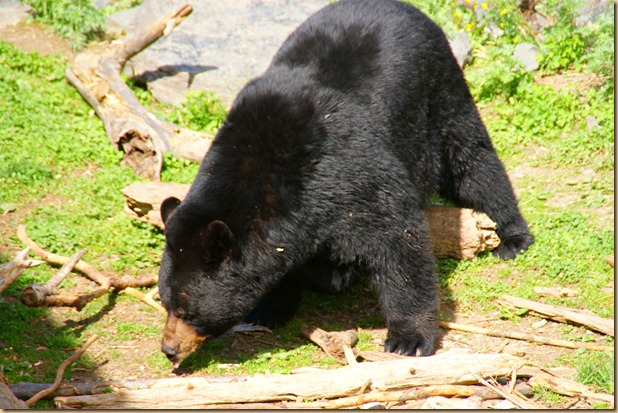 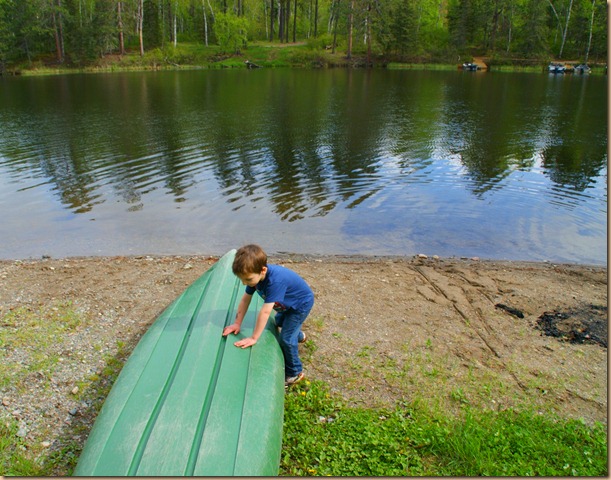 We did some boating, though not all that exciting we still ended up having a pretty good time. More on that later…..even pirate stories!

That’s My World Tuesday!  Check it out to see more!