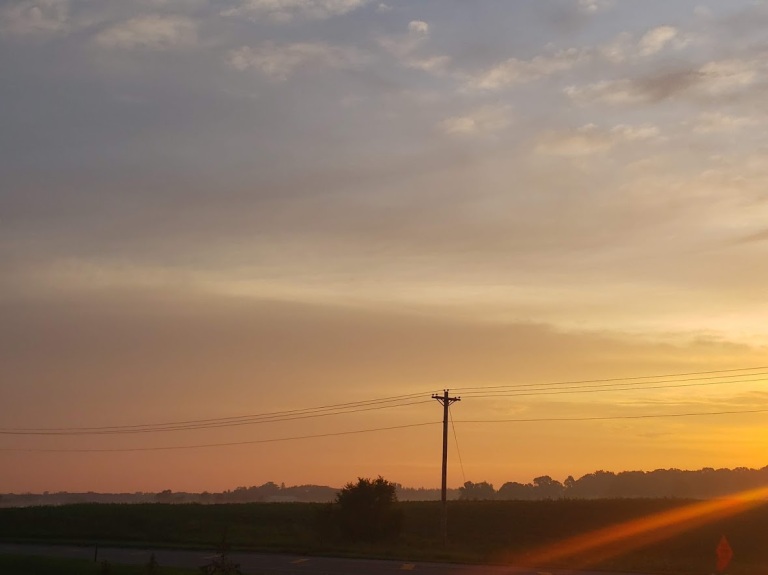 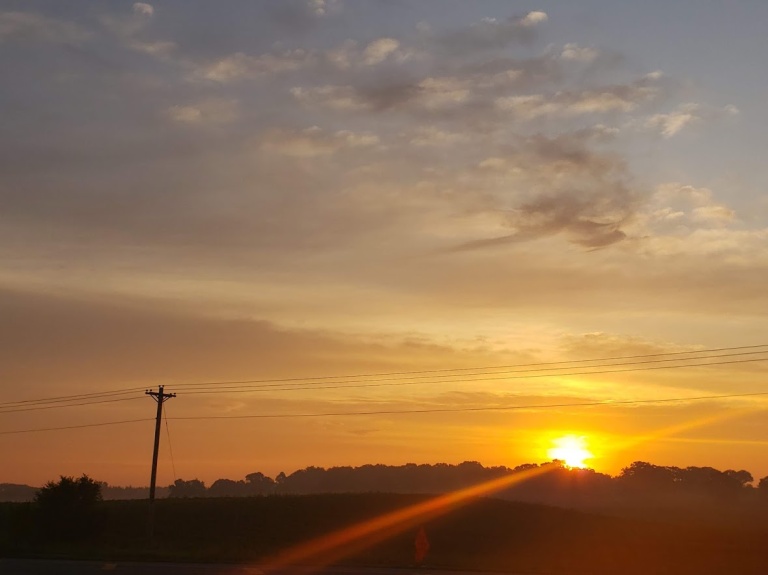 This last weekend we camped at a KOA near Duluth.

The following are photos from that trip.

First time we have eaten here.  Great with the Gluten Free items…NO complaints about this place. Staff was friendly and knowledgeable. Food was very good. A large selection for those with Celiac’s Disease!  Had a nice time there.

It’s in Carlton.  However, it is not Carton that is crooked, it is my photo…as I was crossing the street.  AKA a quick snap. 🙂

Carlton is a pretty small town but is know as the: 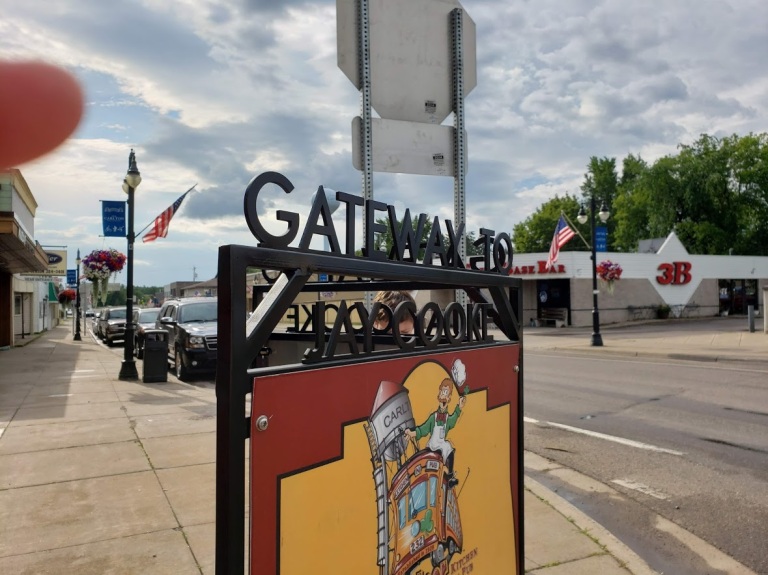 They also had a park there that was for big and little kids both. 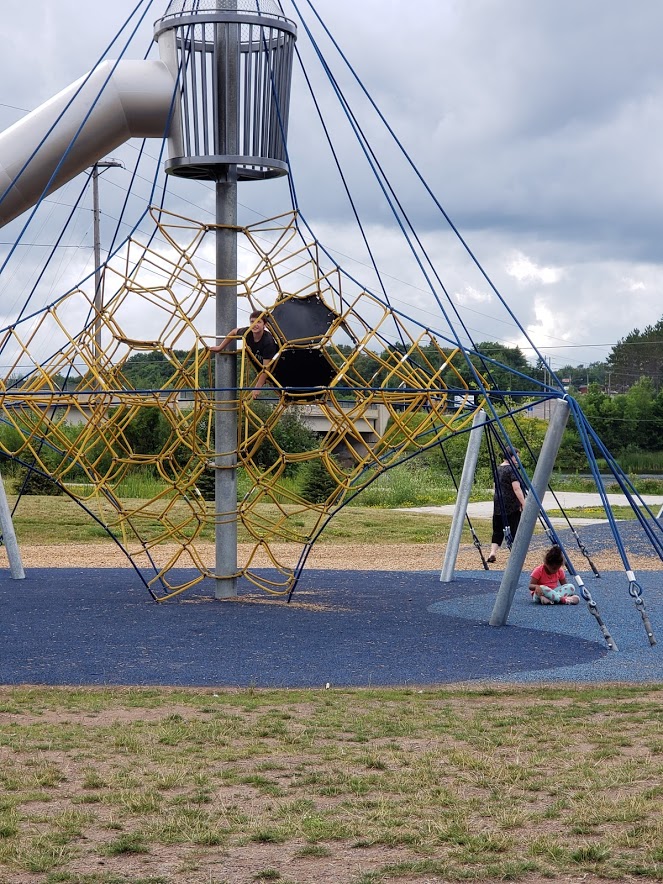 This netted climbing area with a ‘crow’s nest’ led to a totally covered slide.

A ‘zip line’ which we all rode it I believe, sometimes together.

Then Saturday we went into Duluth with a stop or two on the way.

One of the stops was at: 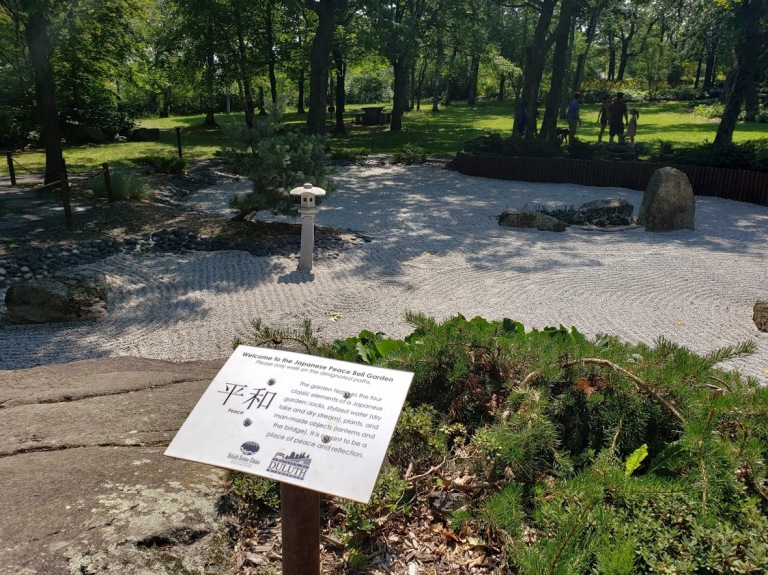 A Japanese Peace Bell Garden – so beautiful there. Lots of flowers so well kept.  And of course the rock garden. 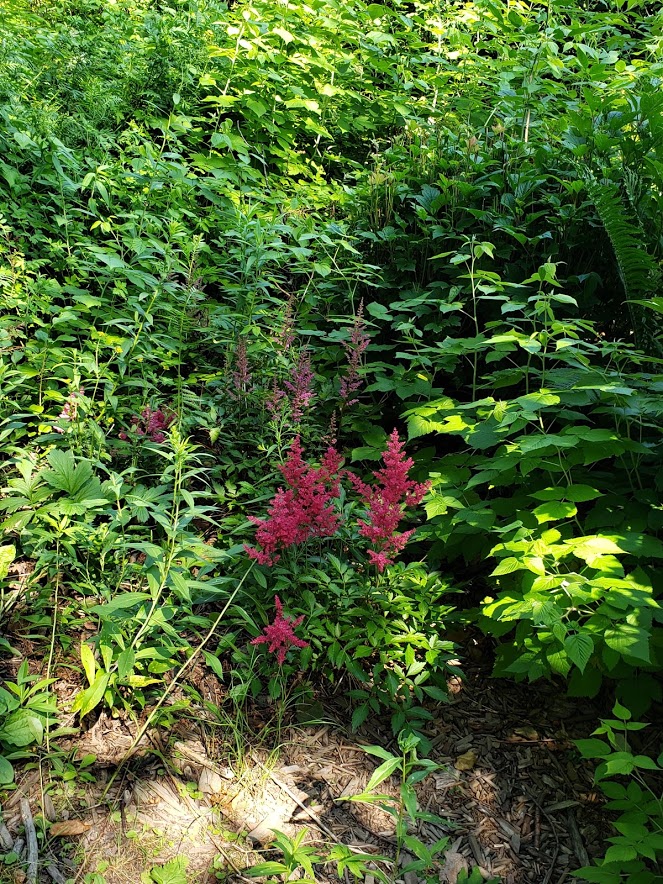 You can ‘bong’ the Japanese Peace Bell

Go up the tower for more spectacular views. 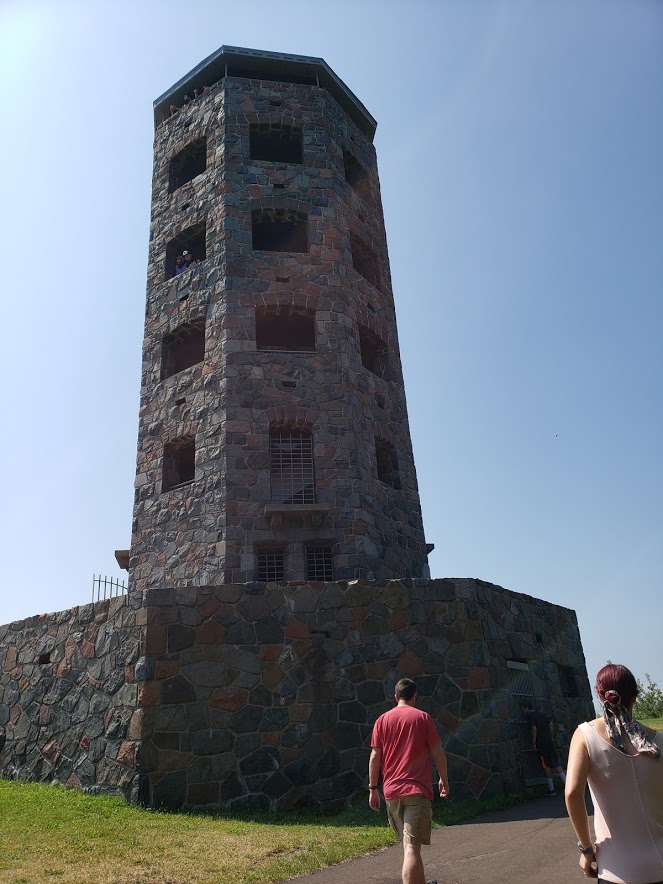 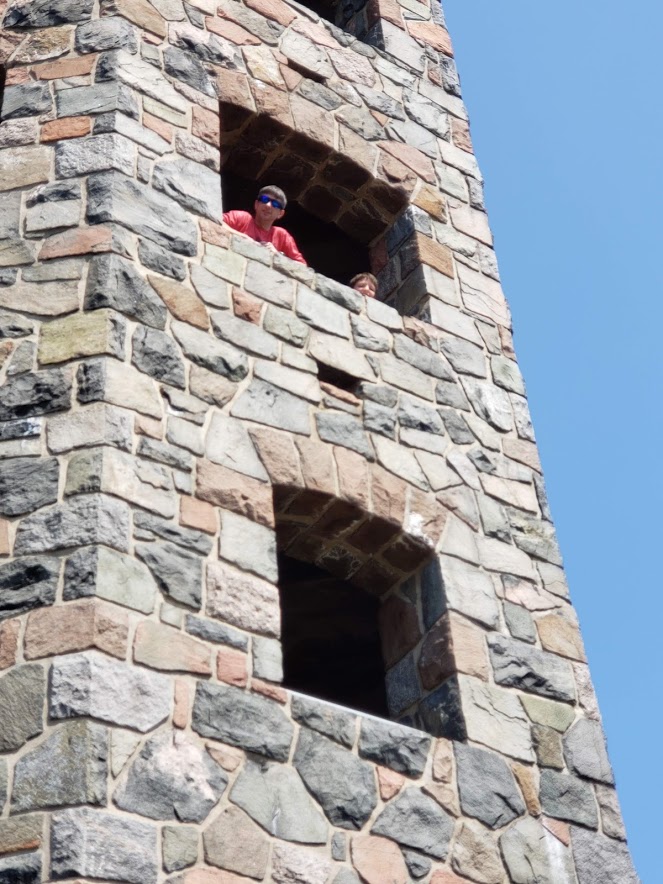 Over looking Duluth and the lake from the hill in the park.

Then on into Duluth:

Some fog was pushing in to the city, so you could feel the temps drop about 10 degrees. Was a hot day, so it felt pretty good. Above is the Lift Bridge in the mist of the fog that was moving in. 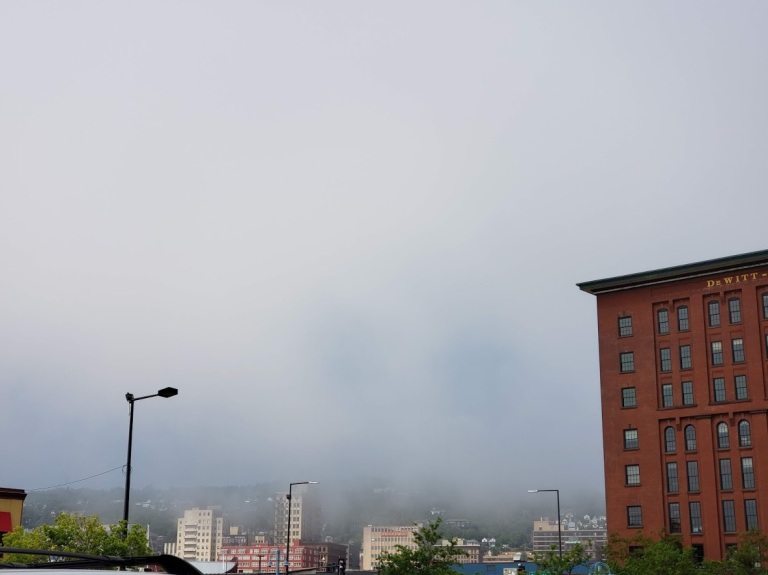 We walked down the boardwalk, but it is gone…due to severe weather that tore up the wooden planks, you now walk down a dirt and gravel path.

Still a nice walk…that took us to:

But me being a Celiac…I have problems at most Breweries. Except here at the Canal Park Brewing Company they have: 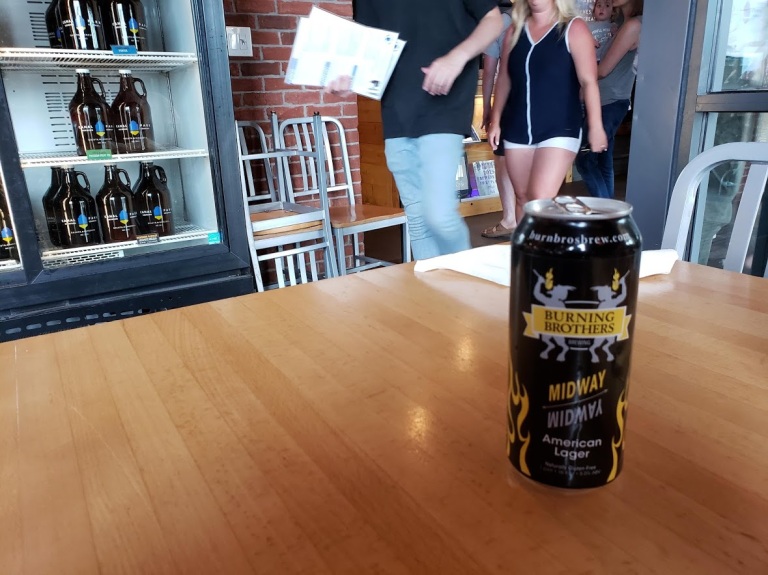 Yep, a Gluten Free Beer – just happens to be one of my favorites for the moment.  We go down to the Burning Brothers tap room on Friday nights from time to time …here in the cities.  They have food trucks that come and feed us gluten free food while they are there.  Ya gotta’ love that.  But this really isn’t about them – this is about the place we were having lunch/dinner at.

They also do really well with the Gluten Free food. Lots to choose from. Nice atmosphere. We always try to go there when in Duluth. Usually a wait to get a table. 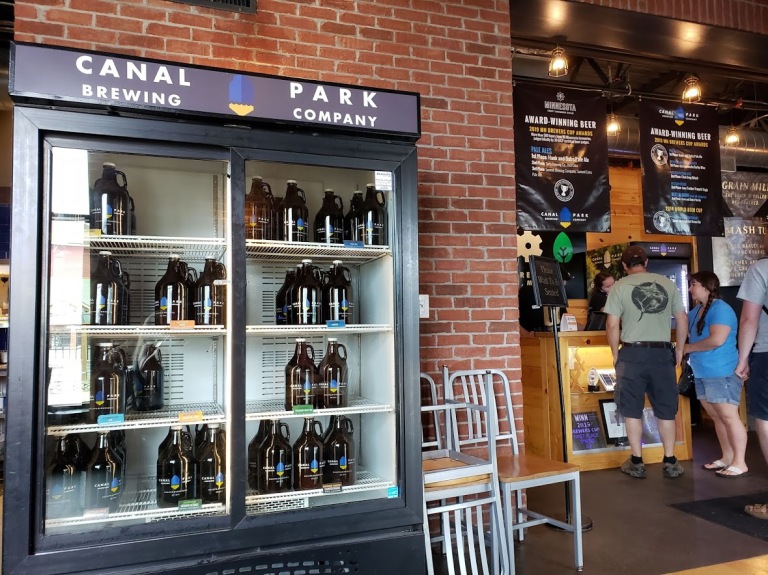 We also walk through the shops there in Canal Park:

As we were in one of our favorite places to browse, this happened:

I was confronted by a very large cat!

Okay, ya got me THIS time…. now put that back. 😉 My entire family – clowns…all of them.

Then driving through Cloquet we saw this, interesting because:

It is the only Gas Station designed by Frank Lloyd Wright.

Weird and cool at the same time.

And that about sums it all up.