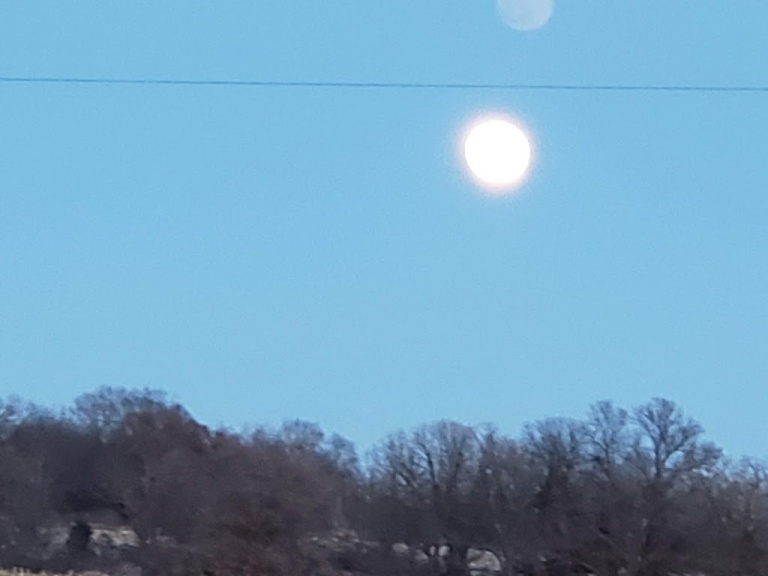 Not the sun…meet Mr. Moon.

Full moon last night and it was The Super Blood Wolf Moon Eclipse.  The lack of trees and city lights gave us a pretty good view, though I should have gotten out my good camera to capture it, it was very cold and I am pretty lazy, so I used my cell phone.

They came out ‘okay’ not great, so please bare with me here – there are much better photos and videos online. 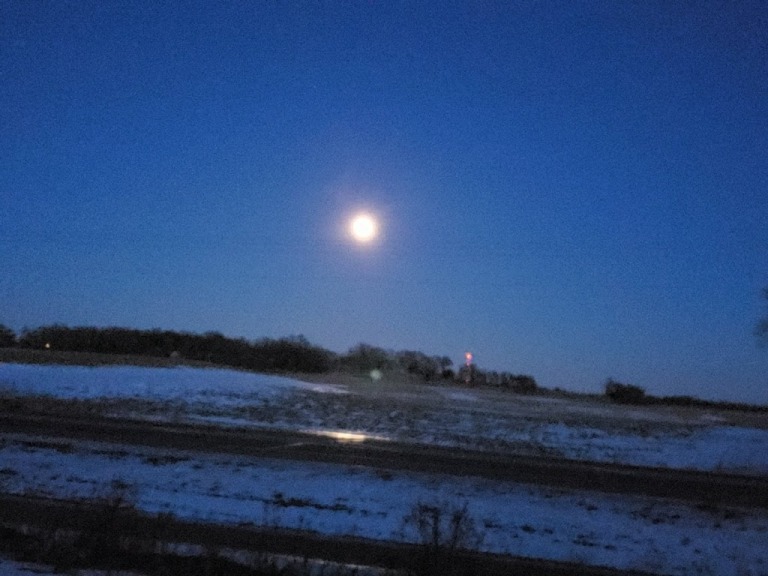 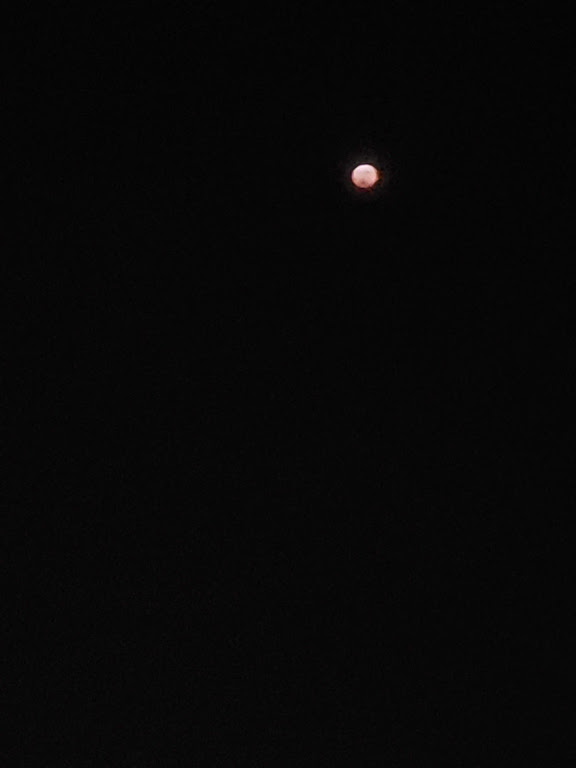 Anyway, you get the drift. We thought it would be a little more dramatic but not so much at least from our vantage point.  Plus the camera doesn’t do it justice, but we did see the slow eclipsing of the moon and it did turn in color to more of a rust.

It didn’t start until the moon was pretty high in the sky and the night was very cold, like below zero, so we didn’t set up outside. It was in and out of the house all night to view it.

You could see the stars all around the moon, the sky was nice and clear. That is what the white dots are in the upper right quadrant of the photo.

Moving on to wild life around here…. 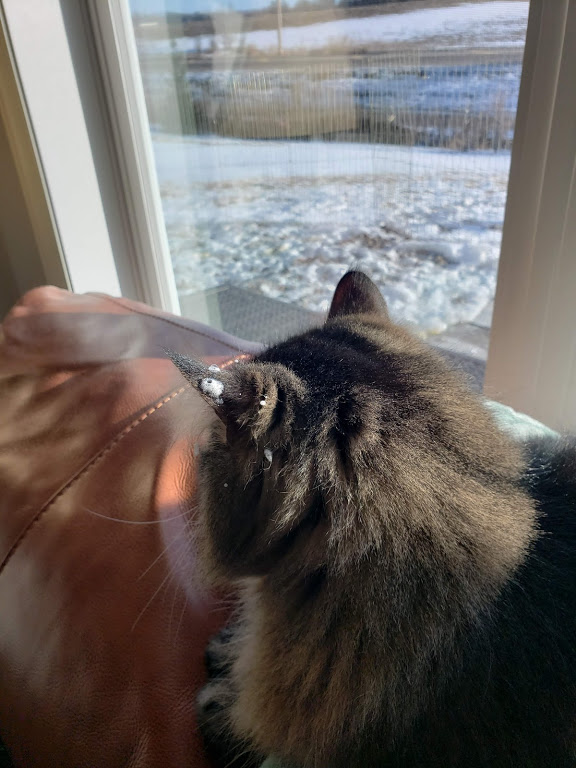 This is Fidget who managed to find the automatic hand soap dispenser when he got up on the counter in the kitchen.  Since it is a definite NO NO!! I kind of feel a sense of justice in the whole thing, but am wishing I would have had a video camera set up.

I didn’t know he was up there until I heard the sudden crashing and yowling as he tried to escape the kitchen sink that the pump hangs over. 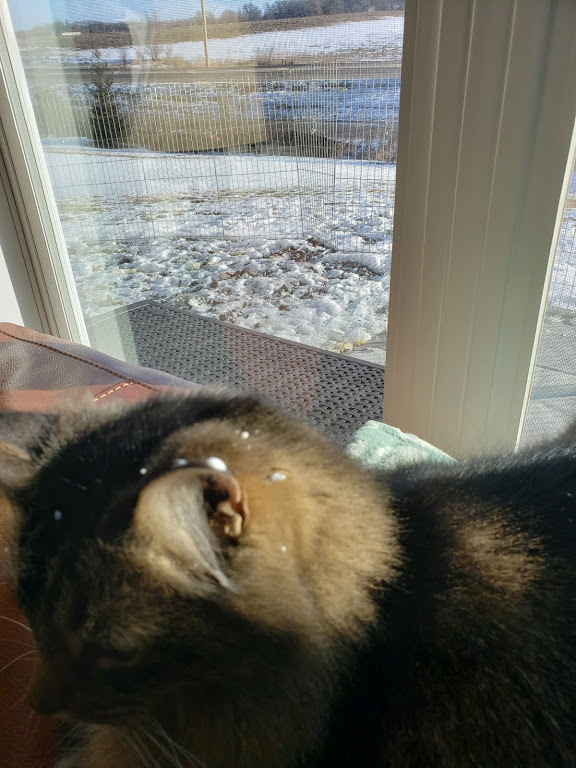 The photos were delayed due to a freaking out cat who thought he was being attacked by something wet and foamy.  I will add that no animals were harmed, but I did laugh so hard I nearly sprained something. (just kidding) Took a while to catch him so I could clean him up.  (Plus I had to get photos.)  I will also add that he hasn’t been up there since and I might get more of the soap dispensers to keep him off other places he goes to cause trouble. 😉